Lot 184. JOSEF VON BRANDT
(polish 1841-1915)
SOLDIER OFFERING A LADY A FLOWER
Signed ‘Josef Brandt’ bottom right, oil on panel
8 7/8 x 15 3/8 in. (22.5 x 39.1cm)
provenance:
Private Collection, Florida.
note:
Josef von Brandt studied in Warsaw in the school of J.N. Leszczynski at the the Nobleman’s Institute. In 1858, he travelled to Paris to study at the École Centrale Paris, but was persuaded by his countryman Juliusz Kossak to devote himself to painting. Painters Kossak and Henryk Rodakowski were Brandt’s first art teachers in Paris, along with Léon Coignet. Josef von Brandt moved to Munich in 1862, opening his own studio and practicing under the tutelage of artists Karl Piloty and Franz Adam. During this period, Munich became somewhat of a mecca for Polish artists, and von Brandt began to gain notoriety and financial success, establishing a school for young, mostly Polish, painters. In his lifetime he was elected to the Berlin Academy, Munich Academy, and Prague Academy. While known for his depictions of Cossak wars and battle scenes, von Brandt was also highly skilled at depicting Polish peasant life, with horses being central to most of his compositions, as in the present work. 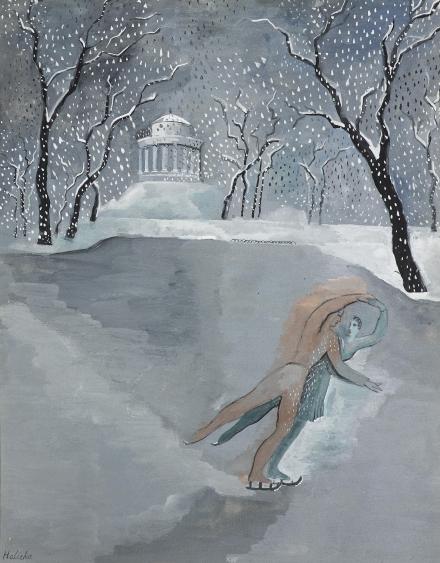